You Asked, We Answered 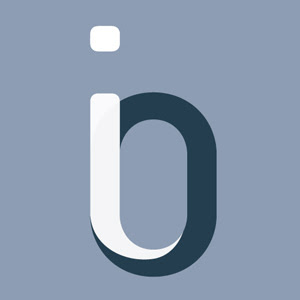 We took some of your questions from Twitter about the relationship between nature and technology and matched them up with some Media Lab researchers. Here's what they have to say:


@clintbeharry YOU ASKED
Is 3D tech a new frontier of immersion, or a minor update we will quickly attune to in the arms race for attention? #MediaLabIO

WE ANSWERED
"There's more to immersion than 3D, including peripheral vision, sound, etc. Most viewers report that our Infinity-by-Nine system (which appears to be an "infinitely" wide TV screen) is more immersive than a standard 3D TV viewing experience."
Mike Bove, head of the Object-Based Media group


@metadesigners YOU ASKED
Language shapes our intellectual grasp of Nature, but is over-coloured by Technological metaphors. How to re-language language?

WE ANSWERED
"Language is practically nothing but metaphor. See Lakoff's "Metaphors We Live By." Worried that technology metaphors will somehow corrupt language? Don't be. In every era, the same concerns, and you know what? In time, people are always good at putting things into their proper perspective."
Henry Lieberman, head of the Software Agents group


@MoralesFrancesc YOU ASKED
Is the technology changing our nature, leading us to an another evolution step?

WE ANSWERED
"Until Darwin, evolution had no plan. No intelligent Designer. (Except for some breeders of plants and animals.) Now we have crossed a threshold of knowledge–and can begin to design genetic modifications. So now, all the rules of the game can be changed!"
Marvin Minsky, professor emeritus and author of Society of Mind


@thousecambridge YOU ASKED
What about human behavior inclines us surrender privacy to technology?

WE ANSWERED
"I think human behavior around privacy will change once we feel more pain."
Joi Ito, Media Lab director


Learn more about the relationship between nature and technology via webcast next week at our spring event.
Posted by Stacie Slotnick at 2:29 PM

Email ThisBlogThis!Share to TwitterShare to FacebookShare to Pinterest
Labels: inside out, nature, technology